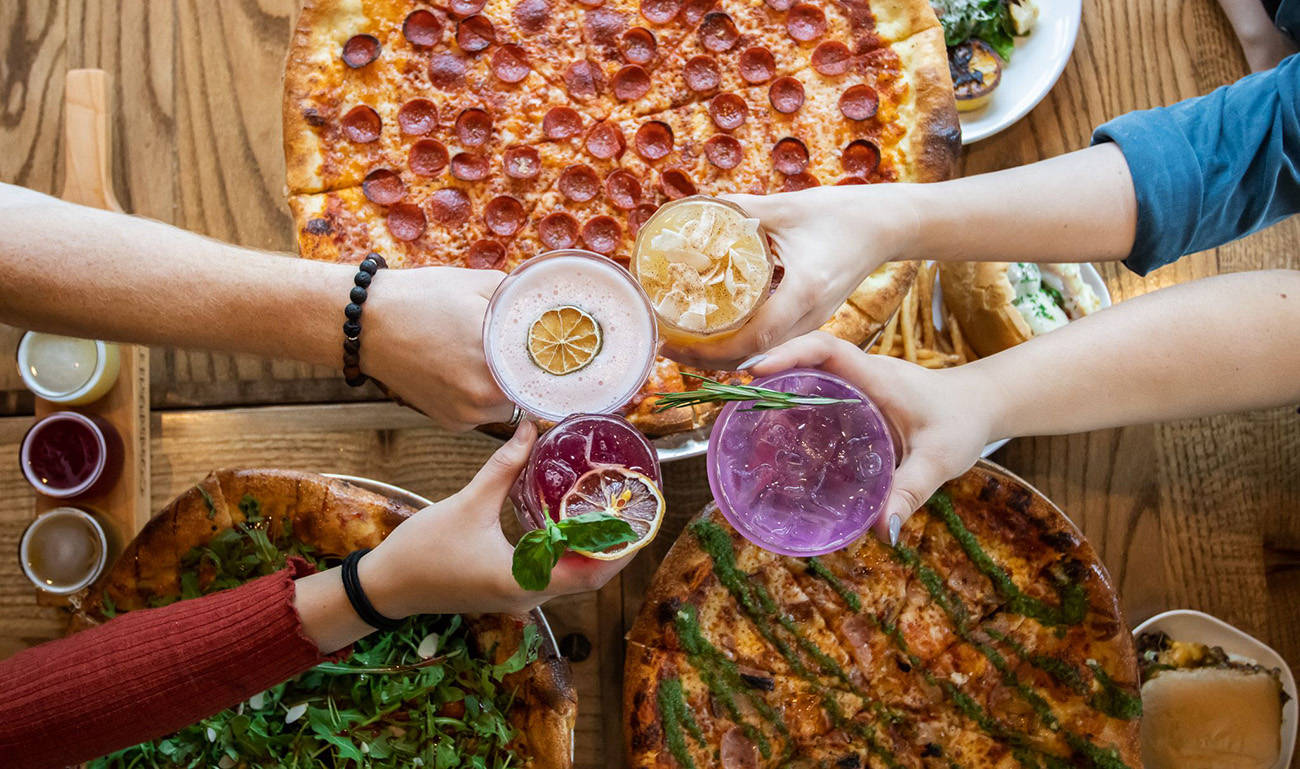 Just in case you missed it, the corner building on The Drive and William St has undergone some serious renovations over the past few months. Interiors have been upgraded, the exterior is now a vibrant mural by local artist, Chairman Tang, and the patio has nearly doubled. The building has also changed occupant and officially houses Community taps and pizza!

The new restaurant-bar opened today and we were looking forward to it. Why? Because it literally brought together two of our all-time loves: beer and pizza!

Let’s talk about beer first. So, Community will have 40 taps serving a carefully crafted selection of local and seasonal beers. And the vinos rejoice, there will also be quality wines on tap from eight local wineries.

To accompany their selection of supreme beers, an equally well thought-out menu designed by chef Steven Ewing. As can be seen from the restaurant / pub name, the menu will primarily feature a range of classic and world-inspired pizzas. In fact, there is a special pizza oven which is imported from Europe to ensure that your pizza experience is impeccable, to say the least.

In addition, there will also be classic appetizers like meatballs, cauliflower fritters, wings and a variety of chicken parmesan sandwiches.

Now here is the part that excites us the most- Community also has a beer and wine fridge to take away. So whether you want to hit the bar with friends for a nightcap, celebrate a feat with coworkers with pizza and drinks, or have a girls night out, they’ve got you covered.

The pub-style restaurant will remain open for brunch, lunch and dinner every day of the week.

With an organized list of what matters in your city, Curiocity brings you the most relevant local food, experiences, news, deals and adventures. We help you get the most out of your city and focus on the easy-to-miss details so you’re always in the know.

Norwich v Wolves: competition will only raise the bar at Molineux