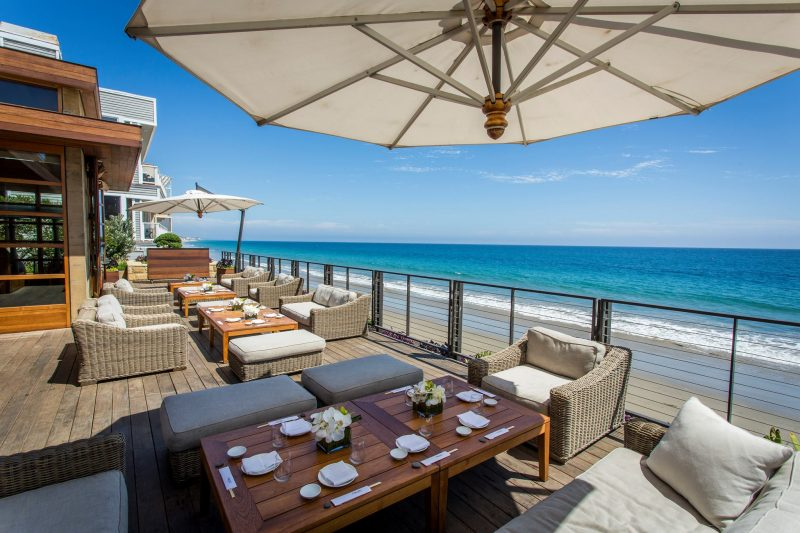 What’s popular, delicious, and highly sought after? Nobu. You may never have dined or slept at a Nobu establishment, but chances are you’ve heard of this luxury establishment. Founded in 1994 by Nobu Matsuhisa, Robert De Niro and Meir Teper, and with operations spanning five continents, the Nobu brand thrives in many capital cities around the world as the ultimate destination living experience. The first Nobu restaurant opened in 1994 in New York and the first hotel opened in Las Vegas in 2013.

What is the story of this global luxury brand founded on service, image and reputation? Nobuyuki (“Nobu”) Matsuhisa never set out to build a world famous empire. As a child, he dreamed of becoming a sushi chef after his brother took him to a sushi restaurant in their home country of Japan. By the age of 18, Nobu was working as a chef at a family sushi restaurant in Tokyo. Later, a client who frequented the restaurant asked him to open a sushi restaurant in Peru.

Three years after Nobu seized the opportunity in Peru, the partnership failed. In 1977, a friend asked him if he wanted to open a restaurant in Anchorage. Nobu said yes, but after a little over a month the restaurant burned down. Soon after, Nobu accepted a job at a small restaurant in Los Angeles. In 1987, with a loan from a friend, Nobu opened Matsuhisa in Beverly Hills.

With Hollywood elites walking in and out of the restaurant, a high-profile celebrity had to recognize Nobu’s talent. Sure enough, in 1988, Robert De Niro dined at Matsuhisa, fell in love with the restaurant, and approached Nobu about opening a branch in New York.

“It was the first time I had experienced gold leaf on food,” De Niro said.

In 1994, Nobu finally agreed to partner with De Niro and film producer Meir Teper to open the first-ever Nobu in New York’s Financial District. It gained popularity instantly. While the food choices at Nobu and Matsuhisa are very similar, Nobu can accommodate more and has a very classy aesthetic.

How Matsuhisa, De Niro, Teper work together as a team is a question asked by many. Drawing on the strengths and talents of each member of the group, the trio has always shared the work of leading the brand. Matsuhisa is, of course, the star chef, while De Niro specializes in promotions and Teper takes care of the necessary negotiations. Teper exclaimed, “You have to have friendship, love, and compromise, just like any other relationship. We have been together for 28 years now. It’s like a wedding. First, you love yourself.

It’s beautiful how the three get along. During our exclusive interview with the founders, Nobu said, “We have no secrets. We have opinions and we talk. Mer added: “De Niro is the most loyal friend you can have.”

Although Nobu Matsuhisa did not intentionally set out to build a multi-million dollar business, and although he was hit with several setbacks, he did his best with the cards that were dealt to him. Today, he runs a hotel and restaurant empire with 50 establishments on five continents. The celebrity chef has even made cameos in movies and been shouted out in rap songs.

The ultra-humble and incredibly smiley chef exclaimed: ‘Because people support [us]I would like [give] support the return to the cities. We don’t care about money; we want to make people happy. If we make people happy, the money will come later. The smile of the customers; faces and their laughter is what we want. It’s a win, win, win.