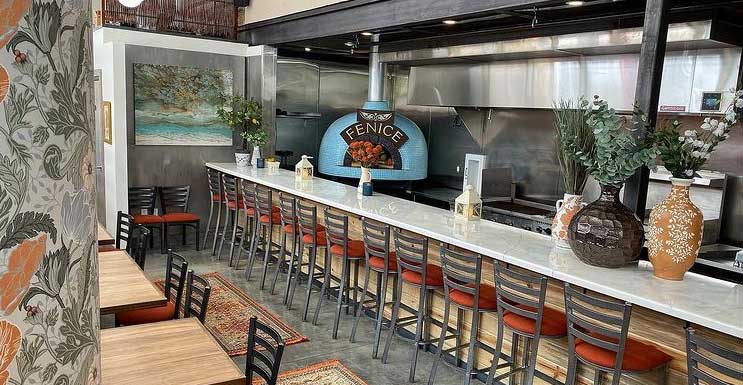 There is no snooze button for downtown Salt Lake.

A constant and exciting flow of restaurants is about to open their doors, keeping the food people busy throughout the fall. Their main obstacle is the lack of human resources and alcohol licenses.

Universally loved that of Martine is stepping up and is eager to reopen, but a shortage of applicants is currently keeping their doors closed.

When it comes to liquor licenses, as of this writing, dozens of bars and restaurants are vying for just three licenses.

There’s a lot going on on Main Street, including Tamarind, next to Beerhive, serving Vietnamese; and Poke & Sushi Hut beside Plieku. Looking out the windows, the two appear to be about to open.

We are particularly excited about the expansion of Scott Evans’ culinary empire. The savvy restaurateur put the SLC restaurant scene on the map in 2010 when The New York Times profiled Pago in the 9th and 9th arrondissements. The accolades and accolades have never stopped, and now he will be opening Pago on Main, his sixth restaurant, at the location that once housed J. Dawgs. (Don’t worry, the 9th and 9th locations stay put).

We will miss Ollie and Mollie’s on Main – left too early – replaced by The ruin, which will also keep their original chic cocktail bar on Wilmington at Sugarhouse.

Teaser: A few doors north, Hope Gallery has sold out (goodbye Danish seascapes) and a very exciting concept is being planned for this majestic space.

Lots of memories today as we remember Fireside behind Eccles Theater. You remember that roasted quail, right? And the sunchoke pizza, still not? You missed. Don’t miss Lisa and Jeff Ward’s Mediterranean restaurant, The Fenice bistro. They have warmed up the space and serve sophisticated Mediterranean and Italian cuisine. The couple owns the Park City’s Silver Star Cafe, which has been popular with WaPo, HuffPo, and the New York Post.

The opening is imminent for Flanker at the bridge; the brainchild of Las Vegas impresario Sean Christie who managed F&B at Wynn Las Vegas and MGM Resorts. This is the first concept of its new start-up Carver Road Hospitality (the second opening is inside the brand new Resorts World Las Vegas). In short, this is quite the “get” for Salt Lake City, and very exciting. Flanker is entering the space formerly occupied by Punch Bowl Social, and we expect a similar sports-focused entertainment vibe.

Our office is obsessed with Santo Taco in Rose Park and we are delighted that the owners are expanding into the former Alamexo space with Monarch. It’s a stone’s throw from our office – with a new bar on the west side of the room, expect to meet us there soon.

Won’t break my heart, –tavern. Wait. I am still standing, you say? That’s right, contrary to what you’ve heard, the beloved dueling piano lounge is reopening in the Broadway Media building, and it tickles our keys. Get ready, you can sing “Your Song” on October 29th. Q

A roundup of free meals and discounts on Veterans Day

The changing face of Dickson