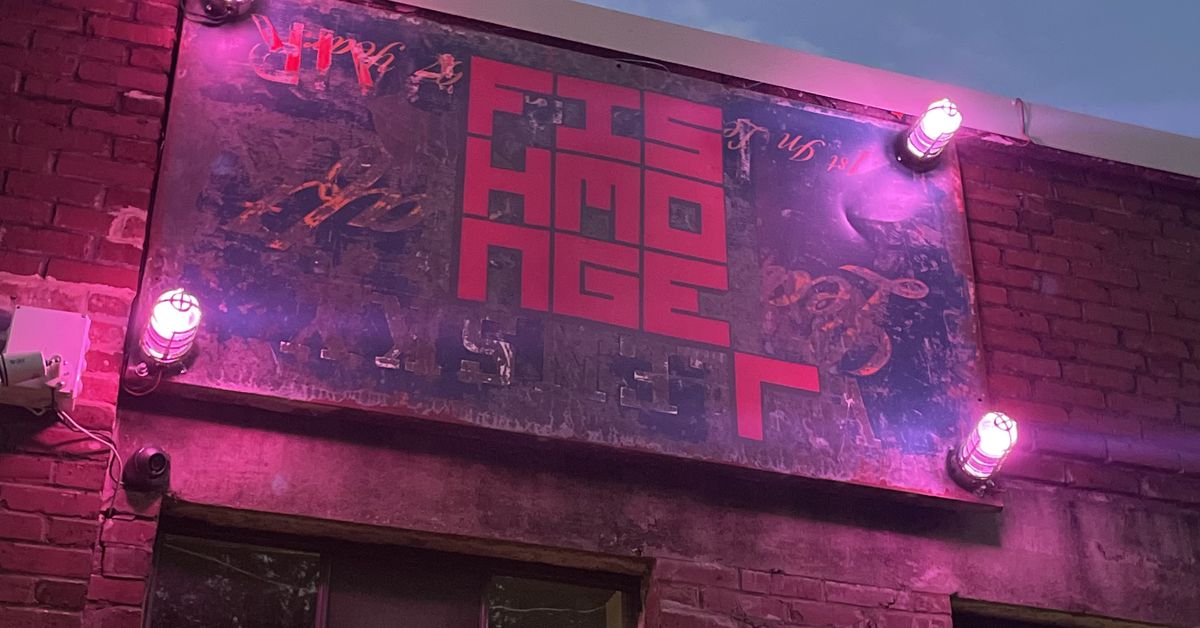 Six months after finding great success with their Seafood Market and Fishmonger Cafe in Poncey-Highland, Skip Engelbrecht (8ARM) and Nhan Le (8ARM, So Ba, Octopus Bar) and Chef Bradford Forsblom are poised to open a second, much larger location this week in Kirkwood. And this one serves cocktails and includes seating for nearly 100 people on the patio.

Taking over building seven next to the Dailies and Sides restaurant in the Pratt Pullman neighborhood on Rogers Street, Fishmonger opens with a limited dinner menu on Thursday, October 27, followed by a full-service dinner and drinks on Friday, October 28. A daily happy hour offers half-price oysters from 5-7 p.m.

As in Poncey-Highland, people order at the counter before sitting down with their number. Servers deliver food and then float around the dining room and patio taking additional orders.

Engelbrecht describes this fishmonger as “super family-friendly,” while maintaining the hip vibe he and Le are known for creating at their other restaurants via music, relaxed atmosphere, and design. The Pratt Pullman location also includes both a raw bar and a cocktail bar that seats about five people each, with another 20 seats at tables in the dining area. The majority of seating is outside on the 100-seat patio, part of which is covered and offers fire pits for cooler evenings.

Unlike Poncey-Highland, Fishmonger at Pratt Pullman does not offer a seafood market. However, Engelbrecht says they may consider introducing a market if the demand is there and plan to start offering seafood at sell weekends from a cart on the terrace in November. Late night food and drinks are also provided for weekend evenings.

Forsblom doesn’t deviate from what currently works on the Poncey-Highland menu, keeping Pratt Pullman’s food similar with delicate fillets of blackened grouper, fresh oysters, crudos and seafood salads, chowders and sandwiches. Look for seafood spins and around eight daily specials, including sandwiches like hot catfish and Frankenstein roll with pieces of crab and lobster in hot butter.

“Our specialty board at Fishmonger has really grown, so the menu is bigger now and includes about eight specialties,” says Engelbrecht. “We’re going to do the same thing here, but expand the raw bar menu a bit more.”

Caleb Grubb, who worked behind the bar at Mercury and 8ARM, becomes director of beverages for the Pratt Pullman site and also oversees indoor operations. Expect beer, wine, cocktails, and frozen drinks at the bar.

With construction of the building complete and all necessary permits in place, Engelbrecht says the restaurant design process went fairly quickly, allowing them to turn around and open in Pratt Pullman just three months after secure the space.

Early next year, the trio will open Small Fry at Atlanta Dairies on Memorial Drive, a counter-service restaurant featuring a showcase serving fried chicken and fried fish sandwiches, falafel burgers, fish nuggets and baskets of prawns. And Engelbrecht, Le and Forsblom may not be done opening other fish stores in Atlanta, including locations in Buckhead and West Atlanta.

“It’s been crazy between opening Fishmonger this spring and opening this place a few months later,” says Engelbrecht. “Fishmonger 1 is still doing great, it’s like, let’s strike while the iron is hot.”

These are the best self-contained restaurants and bars in Nungambakkam, Chennai

Reno’s Boomtown will open a new dining and gaming option