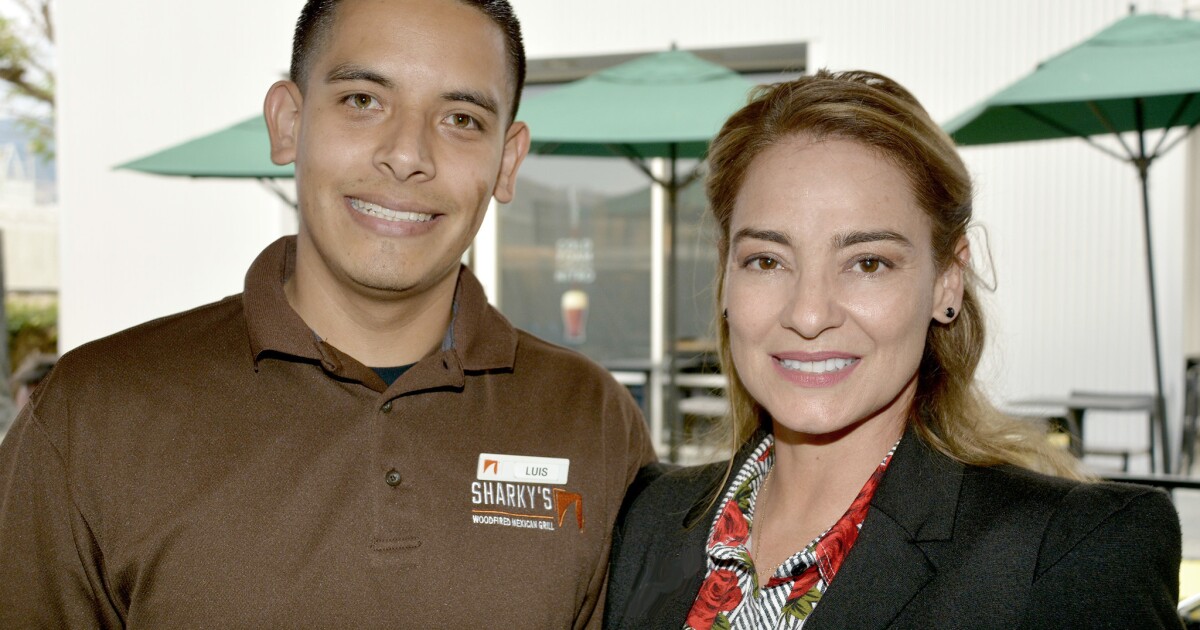 On the Town: Mixer serves food and updates on the Chamber Capital Improvement Project

In addition to sharing information on events taking place in all aspects of Burbank life and each other’s activities, members of the Burbank Chamber of Commerce who gathered for the May Mixer of the The organization also welcomed new members and celebrated the completion of two major projects.

Moderated by the deputy director Luis Carmona and staff at Sharky’s Woodfired Mexican Grill, members were greeted at the Empire Center restaurant by the general manager of the chamber Chris hunter, president of the board Gema Sanchez, and member of the executive committee Karen Volpei-Gussow.

Always an enjoyable evening of get-togethers, interesting and informative conversations, food, cocktails and raffle prizes, the mixer held last week also provided members with an update on the chamber’s progress over the two first quarters of 2018.

At the end of last year, in a strategic goal setting session led by Lee wochner, outgoing chamber president, plans were adopted to move forward with a capital improvement project for the organization’s building on Magnolia Boulevard, as well as operational upgrades that would include the creation of a new, more user-friendly website.

Serving as master of ceremonies was David Chevalier, the founder and chairman of Burbank-based Angel City Data, said he was proud to inform the assembly that alongside improvements to the chamber’s conference room, which were made earlier this year, the last works are being completed on the new roof building.

â€œWe are also delighted to announce that our new website has been launched and is now operational,â€ said Knight.

â€œIt was time for us to update the look and functionality of our site to make it both more visually appealing and provide better navigation for users,â€ he added.

Hunter, who has played a major role in improving the digital presence of the chamber, said that in addition to the physical improvements to the facility, she is also excited to see the achievement of goals that will have an impact. considerable on community members. and beyond.

â€œOur website is an important tool that offers vital information to our members, businesses [that] are looking to open or relocate here, and Burbank residents, â€Hunter said.

The mixing desk was also an opportunity for the organization to welcome two new members, Ed Gibbons from T&T Improvements, who provided the work requested in the chamber’s capital improvement plan, and Debra moeley, who is a branch manager at Coldwell Banker Hallmark Realty.

Among the members of the festive mixer chamber were michelle bouse from the beauty shop, and Patricia nelson from Nelson Treasures, which creates bespoke jewelry from which a portion of the proceeds is donated to help the people of the Wayuu tribe in Cartagena, Colombia, with the much-needed food, clothing and education.

The Burbank Chamber of Commerce, which represents nearly 1,000 member companies and more than 33,000 employees, hosts mixers at various locations each month.

The next mix will take place on June 28 at the Tinhorn Flats Saloon & Grill, which has been a legendary Burbank bar since 1939.

Sailor, student and survivor of Las Vegas massacre among 12 victims of the shooting in Thousand Oaks, California