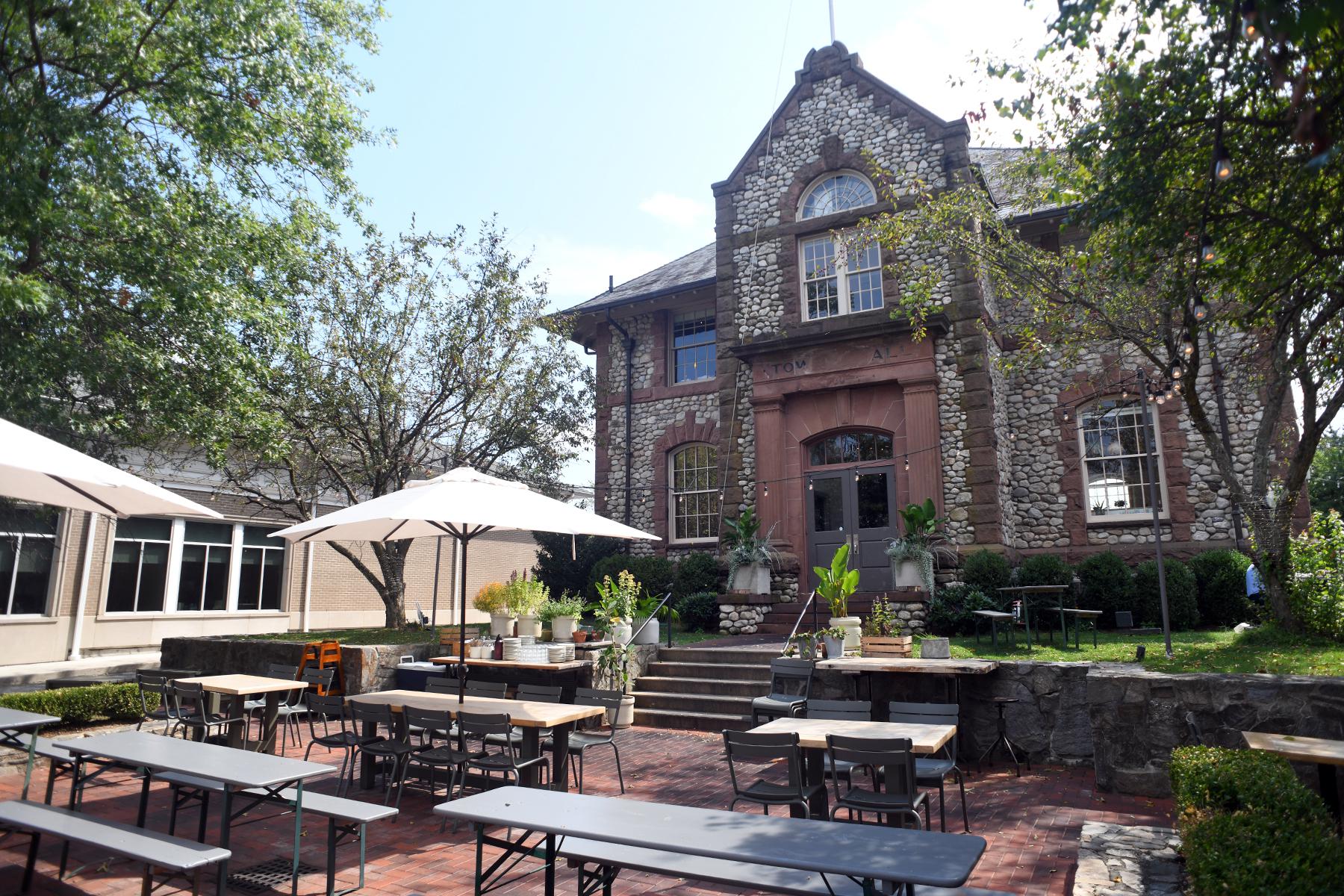 Many restaurants have closed during COVID, some in Westport have expanded

WESTPORT — The COVID-19 pandemic has hit some businesses hard — so hard that many across the country have had to close.

However, in the town of Westport, this was not as relevant of an issue.

Matthew Mandell, executive director of the Westport-Weston Chamber of Commerce, said most restaurants have survived intact and some have even expanded, opening more restaurants.

“That’s not to say they haven’t suffered from it, but they’re here now and hopefully can thrive as we get out of this situation,” Mandell said.

For two restaurateurs, Bill Taibe and Bill Rizzuto, their businesses have been able to grow in unique ways.

For Rizzuto, his namesake restaurant had alternate locations in West Hartford and Bethel. Both have closed during the pandemic and operate solely as Westport’s sole location. He said he thought it was “leaps and bounds” better than just one restaurant.

He said that since he was able to focus on a singular place for Rizzuto, he was back to doing what he loves and making it more fun. Rizzuto could work hand in hand with the kitchen and even help with training.

“I think Westport might have been the best place to go through (the pandemic),” Taibe said of his restaurants.

Taibe said his customers contacted daily to ask if there was a way to help. Taibe said his restaurants have solidified their roots in the city, as well as their admiration for Westport.

“It was a really nice representation of the community,” he said.

Rizzuto also did takeout and delivery, but outdoor dining was his staple.

Rizzuto set up about 10 cabanas in the summer, which were 10ft by 10ft private outdoor facilities for guests to eat. During the winter they had igloos, which were light with heaters inside.

The Lobster Shack was also able to open year-round, which Rizzuto says is a thriving part of his business. Previously, it was only open during peak lobster and crab seasons.

Both made adjustments beyond how the food was served and eaten to the actual items or even the name.

“I was really struggling to watch Jesup Hall’s kitchen and food go into take-out boxes,” he said.

So, in the midst of the pandemic, he shut it down and moved it to the Mexican restaurant Don Memo is now known as, reopening in June 2020.

“It was the best decision I could have ever made,” he said.

He said the restaurant “took off” and his businesses were able to reorganize and focus on providing the best service to the community.

Rizzuto also said the pandemic has caused him to rethink the way he operates.

“It was kind of like a reset button,” he said.

Rizzuto cut lunch during the week and focused on dinner. They no longer have happy hour, although he said some people miss it. He said he couldn’t do the same happy hour menu because of the cost of the food and he didn’t want to change the quality level of the food.

“What we were left with was Rizzuto’s in Westport and a whole new takeaway business that didn’t exist before that really focused on each of our processes,” he said.

Rizzuto has even invested in new technology to focus on takeout and online ordering.

The pandemic also allowed Taibe to focus on the social media side of his businesses, which he said was the best way to communicate with the community.

Taibe said he believes the community has helped keep his businesses alive, particularly in Westport and Weston.

“We’ve been embedded in this community for so many years,” he said. “The city and the people of the city were there to help us.”

Taibe also mentioned Westport officials who helped keep the companies afloat, like Mandell and the then Board of Selectmen.

Rizzuto also said the Planning and Zoning Department and the Fire Marshal were heavily involved in the reopening phases and giving businesses the ability to operate in a way that violated previous zoning regulations.

“I wanted to make sure we were still in full compliance and honored the privilege of being able to reopen,” he said.

The Paycheck Protection Loan was another aspect that Rizzuto says helped keep his businesses open.

“We were so forward-thinking from the start,” he said. “It was a really progressive thought from the people of Westport.”

Due to the pandemic, Taibe said he was able to take the time to focus on his staff members as well and that he looks at the industry differently than he did before the pandemic.

He takes a different approach to their hiring practices, now hiring based on personality and their short and long term goals rather than experience.

As for Rizzuto, he’s learned that there are very few business problems that can’t be overcome if you get creative.

“We’ve learned to listen to our customers and really give them a service they really appreciate,” he added.

Westport was not immune to the restaurant issues that COVID brought and had a few close, such as Chez 180, Tavern on Main and Rio Bravo, Mandell said.

But some of these places already have new tenants, like Nomad, which took over the tavern spot on Main and recently opened its doors.

Other new restaurants have also opened during the pandemic, and the chamber has helped keep existing restaurants operating with a variety of approaches.

“The chamber has been working on takeout initiatives, bring your own coverage initiatives and things to keep people using restaurants during the pandemic to keep them out of the water,” he said. declared.