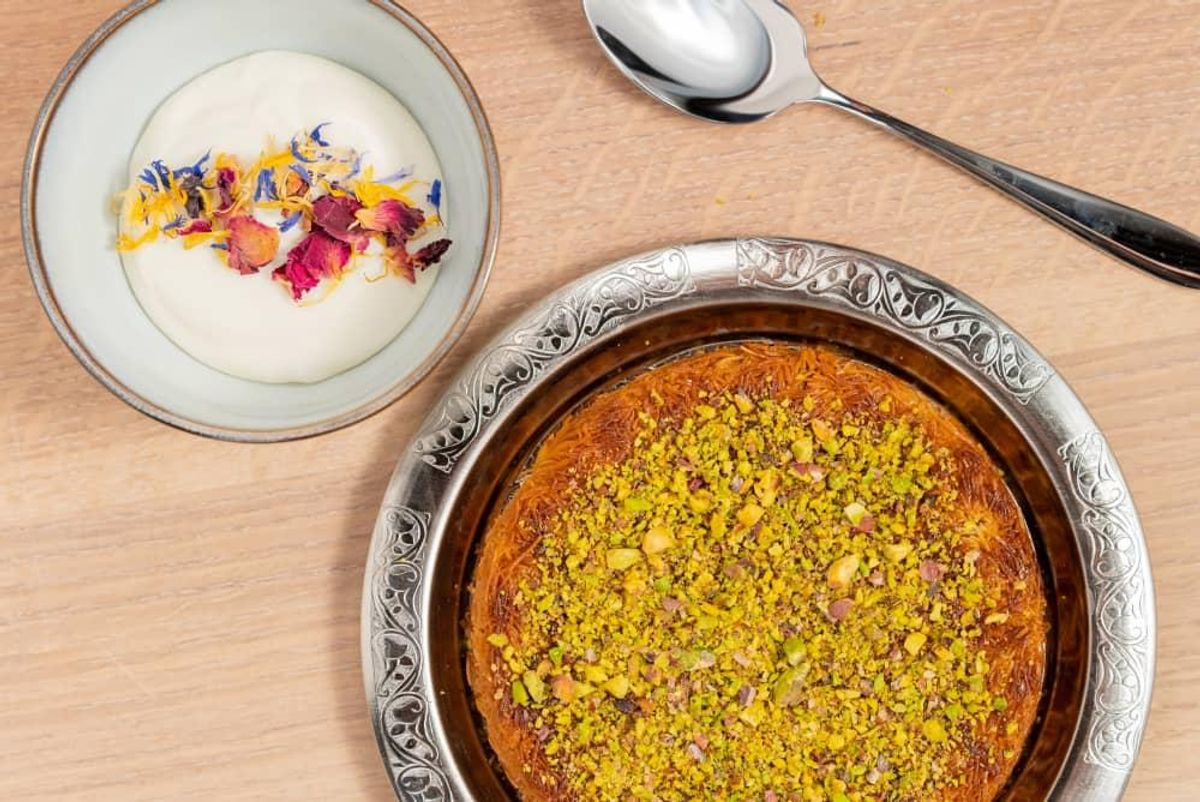 Billed as a Mediterranean steakhouse celebrating Middle Eastern and Balkan cuisine, Ladino is the brainchild of Austin’s Emmer & Rye hospitality group. Led by Executive Chef Berty Richter, the restaurant will pay homage to Richter’s roots with a menu centered around the charcoal grill.

Located in the Pearl at 200 E. Grayson St., #100, the Ladino name was chosen to showcase and share not only Richter’s childhood cooking, but also the influences of surrounding cultures and cuisines on his style. of cooking and eating, the sharing of food, and the excitement of a plentiful and colorful table of delicious dishes.

“I grew up in Israel mainly with my mother’s family who came from Turkey, Greece and Bulgaria. We spoke Ladino, a Spanish dialect mixed with French, Italian, Greek and Turkish,” said chef Berty Richter. “Large family reunions and endless feasts were part of our daily life and I always dreamed of one day creating a concept that would pay homage to my family’s roots and culture. Naming this concept Ladino was a natural fit for me and it’s the realization of that dream.”

Ladino’s menu features freshly baked pitas and other regional specialties accompanied by an abundance of playful and daring dishes, using a wood-fired oven for the lion’s share of the restaurant’s offerings. Highlights will include charcoal-charred eggplant dip, Jerusalem mix, meatballs in yogurt and a modern take on Agristada, a traditional Sephardic fish in lemony egg sauce.

While the beverage program showcases regional wines and spirits, the dessert selections are inspired by the region’s sweet and savory must-haves with a modern twist.

The Emmer & Rye team worked with partner Rand Egbert on the design of the restaurant, which sought to make the space “transportable” by using “beautiful tile accents, handmade light fixtures, traditional patterns and pops of color,” according to a statement.

“Sephardic Jews have origins throughout the Mediterranean with deep roots in North Africa, much of the interior is influenced by Morocco and the Moorish culture of Spain at the time the Ladino language emerged for the first time,” Egbert added in the statement.

Ladino will mark Austin-based Emmer & Rye Hospitality Group’s seventh concept and its first in San Antonio. The restaurant will be open Sunday, Tuesday, Wednesday and Thursday from 5 p.m. to 10 p.m.; Friday and Saturday from 5:30 p.m. to 11 p.m.; and reservations are open now.

Breaking down Arch Manning’s $280,000 visit to Texas and how it helped Longhorns get involved