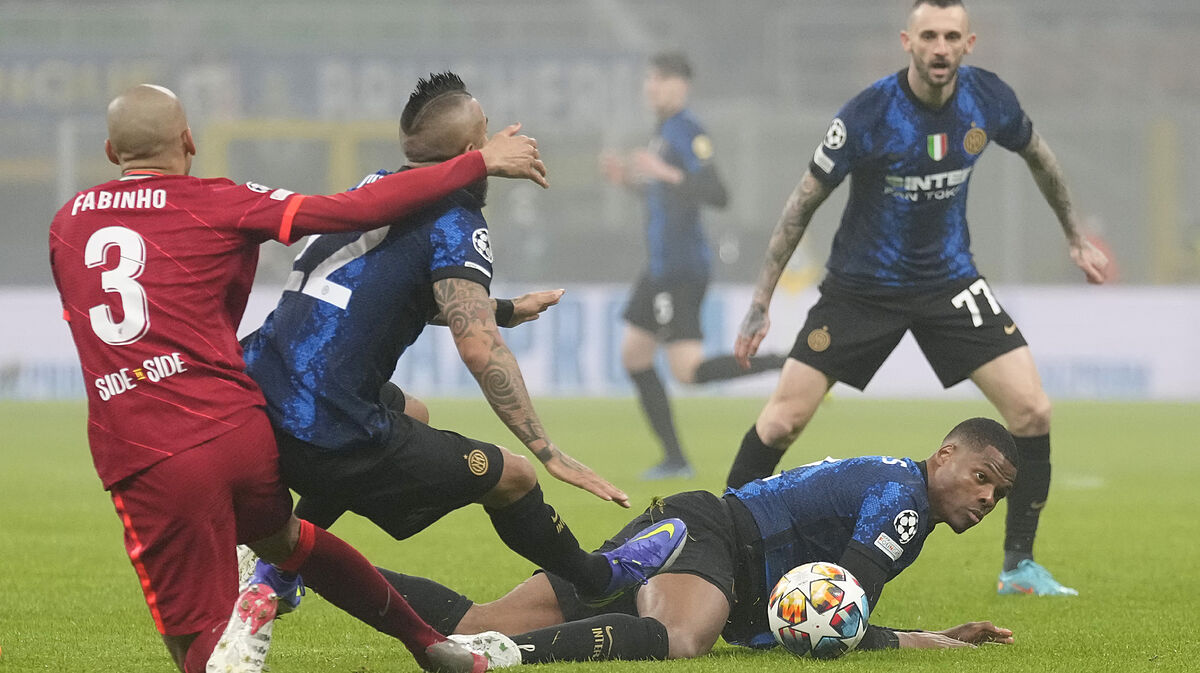 Inter welcome liverpool at the Stadio Giuseppe Meazza on Wednesday evening for the first leg of the Champions League round of 16 against the English.

Jurgen Klopp is looking to revive the Champions League trophy, while Inter return to the knockout stage of the competition after missing out last season.

Stay with us for all the preparation of Inter v Liverpool then updates to the match itself.

This is the start of our Inter v Liverpool live blog, with updates of this Champions League first leg from here. As always, the entries closest to the top are the most recent.

The second half begins

We are back at Stadio Meazza. Liverpool make a change with Roberto Firmino in place of Diogo Jota.

In what has been an exciting game, both teams are not content to sit idly by as attacking football takes center stage. Inter had the better chances, with Lautaro and Skriniar closing in, while Calhanoglu hit the crossbar. Meanwhile, Mane also placed a close guard header on the bar.

A brilliant Calhanoglu corner finds Skriniar’s header, but the Inter defender watches his header just wide of the frame. Another great opportunity for the home team.

Alexander-Arnold has a long shot, but his free kick misses the post. While at the other end, Dunfries almost finds Dzeko, but for Konate who cuts off the pass to the unmarked Bosnian.

Both teams continue to be forward thinking. Liverpool for their part have been a bit more sloppy in possession, with Ivan Perisic and Denzel Dumfries playing almost like wingers.

Inter were close to taking the lead when Calhanoglu attempted a shot from a tight angle and his effort landed on the crossbar.

The attacking start continued, and Liverpool in particular looked dangerous at the break. Mane had an excellent chance to head in, but put his efforts above the bar.

The match started at a fast pace with both teams pressing high up the field. The first real chance went to Inter as Lautaro put in an effort from the edge of the box just wide.

We are underway here at Stadio Meazza.

Michael Owen on BT Sport: “Harvey Elliott’s start is brilliant considering what he’s been through. He came into the team and made a huge first impression. I’m absolutely amazed he came back from injury so quickly. C is the biggest vote of confidence in him.”

The teams are set for the last 16 of the Champions League and Klopp made four changes to the side that won at Burnley. Harvey Elliott, Diogo Jota, Thiago Alcantara and Ibrahima Konate are all back in Liverpool’s lineup.

Line-ups planned between Inter and Liverpool

When does Inter vs Liverpool start?

Where to watch Inter vs Liverpool

The Champions League clash between Inter and Liverpool will take place at the Giuseppe Meazza. For those living in the United States, you can watch the match live on FuboTV and Paramount+. As for UK residents, the match will be shown on BT Sport 2.