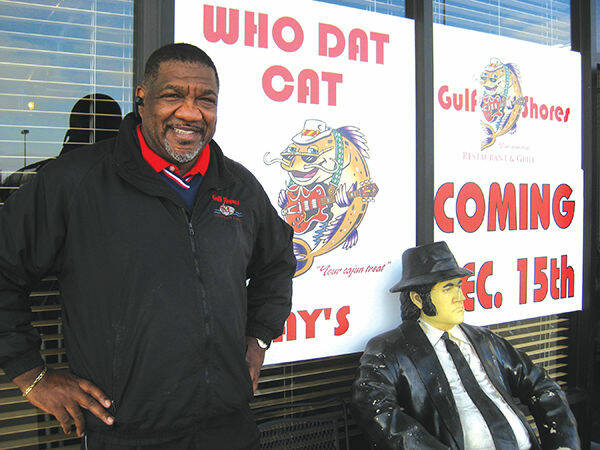 EDWARDSVILLE – Gulf Shores Restaurant & Grill in town has donated all of its receipts from Nov. 4 sales to the family of the deceased Pontoon Beach police officer Tyler Timmins, or $12,000.

“We just went through the worst nightmare,” he said, referring to the pandemic. “A lot of restaurants have closed and others are still wondering what to do, but we are still standing. In fact, we are developing.

Parker said that without local community support, he too might wonder whether to close up shop.

He said they have a three-pronged mission – to support the military (active duty and veterans); supporting first responders; and support their local community.

“It fits perfectly with what we’re really trying to do,” he said of Thursday’s decision to donate proceeds. Parker pointed out that it’s not a sales gimmick or 10 or 20 percent of the day’s catch; that’s all they earned on November 4, including all takeout orders that day.

“We’re all for it, and whatever’s given is appreciated,” he added.

He said it must be devastating for the Timmins family, so they want to do what they can to help his wife, Linsey, and their daughter, Chloe. Tyler and Linsey got married on September 11.

A GoFundMe page to help the Timmins wife and daughter is located at https://rb.gy/5vs3dn

They launched the first Gulf Shores at Creve Coeur in 2005.

“I started Gulf Shores because I wanted to bring my family recipes to the public,” Parker said. “I’ve been in Saint-Louis for 19 years, I opened the first restaurant in Creve Coeur 17 years ago, and it went better than expected, so I decided to expand. We’re trying to bring the real flavors of New Orleans – the okra, the spice mix, debunking the myth that Cajun food is hot, that home cooking – to the Midwest.

They haven’t finished growing; a new Gulf Shores location in St. Peters, Missouri, is expected to open in early December, he said.