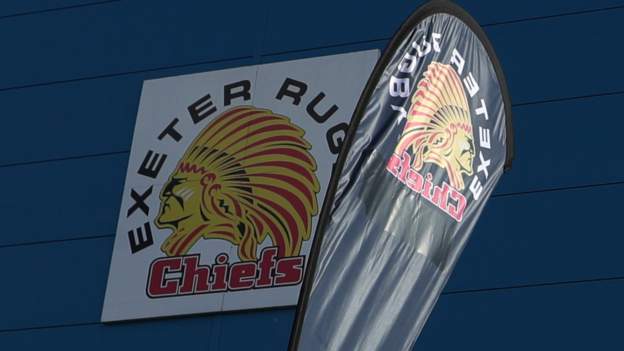 This is the latest pressure on the Chiefs to change their branding image.

â€œIndian Country’s will is clear – the images of native-themed mascots and the dehumanizing stereotypes they perpetuate must be gone,â€ said Dante Desiderio, chief executive of NCAI.

In July 2020, Exeter decided to keep their name, logo and Native American branding around their Sandy Park lot despite a petition signed by more than 3,700 people, although the club have withdrawn their mascot ‘Big Chief’.

Exeter branding issues will be discussed by club members at their annual general meeting on Wednesday 24 November.

In the United States, the Washington American football team chose to drop their controversial Redskins name and logo, while the Cleveland baseball team has changed its name from Indians to Guardians.

In a letter to Exeter ahead of this month’s meeting, Desiderio called on the club to drop its logo, use of headdresses and place names such as the “Wigwam Bar”.

He also called on the club to stop “other uses of the Indigenous ‘themed’ guarantee,” such as fan use of the “tomahawk chop”, which he called “degrading.”

â€œOut of respect for tribal sovereignty, we ask that you listen to the voices of tribal leaders representing hundreds of tribal nations and the organizations that serve their citizens – not the voices of a select few – as you work to understand where it stands. globally the Indian country this problem, “he added.

Please know that the NCAI is committed to working with the Exeter Rugby Club to ease the transition of its mascot brand, including proposing a tribal leader to share with your leaders, club members and / or the community. ‘Exeter our point of view on this important issue. “