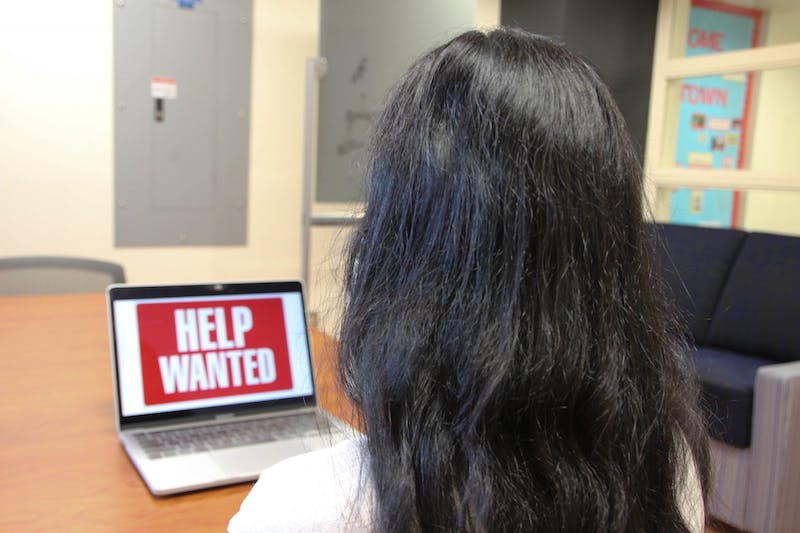 “Now Hiring”, “Help Wanted”, followed by text outlining how much the job will pay an hour (and a signing bonus!). We’ve all seen these signs in restaurants over the past few months, from fast food outlets to family favorites.

Therefore, we shouldn’t be too surprised if we don’t get the service we usually expect.

This was the case for some restaurants located near the UNC. For example, Omar Castro, co-owner of Breadman’s, couldn’t comment on the Carolina Alumni Review during a busy brunch because the restaurant was so understaffed that he personally had to wait for tables.

Another example is Dame’s Chicken and Waffles, located on Franklin Street. Even with the lifting of COVID-19 restrictions earlier this year, the restaurant struggled with opening hours and was understaffed. Dame’s was open for lunch on weekdays and only extended its hours of operation after hiring new employees.

These examples show that while things may seem to be gradually returning to normal, some aspects can be affected for a long time, even after the worst of the pandemic has passed.

The United States Bureau of Labor reported that employment in food service establishments in May was still 1.5 million jobs below pre-pandemic levels, down about 12%.

There is not a definitive cause for the labor shortage, and it has become a point of political contention. Republicans argue that the unemployment benefits the government provided during the pandemic is preventing people from returning to work. Meanwhile, Democrats argue that the often low minimum wage for working in restaurants discourages potential workers from returning.

However, another explanation is that the problem lies with the industry itself, and the effects of the pandemic have simply made the problems more apparent.

Many restaurant jobs are very stressful and often have long, rigid hours for low wages and few benefits. These people also deal with rude customers who will blame their frustrations on the employees without a second thought. Additionally, many people might not be comfortable working indoors and interacting with significant numbers of people while the pandemic still exists.

As customers, we shouldn’t so easily eliminate our frustrations with restaurant staff as they might have to do multiple people’s jobs while enduring the burden of rude customers and long shifts to make up for the reduced number. of employees.

The obvious solution to the restaurant workforce shortage is to increase wages and benefits, as many restaurants have already done. However, it could also mean an increase in the prices that customers have to pay – something that Chipotle made headlines for when he announced he was raising prices by around 4% to counter an hourly wage increase. average of $ 15.

While many of us will lament that we have to pay a little more for food from the places we love, this might be the only way restaurants can attract more workers again. This may be the new normal.

To receive the news and headlines of the day in your inbox every morning, subscribe to our email newsletters.