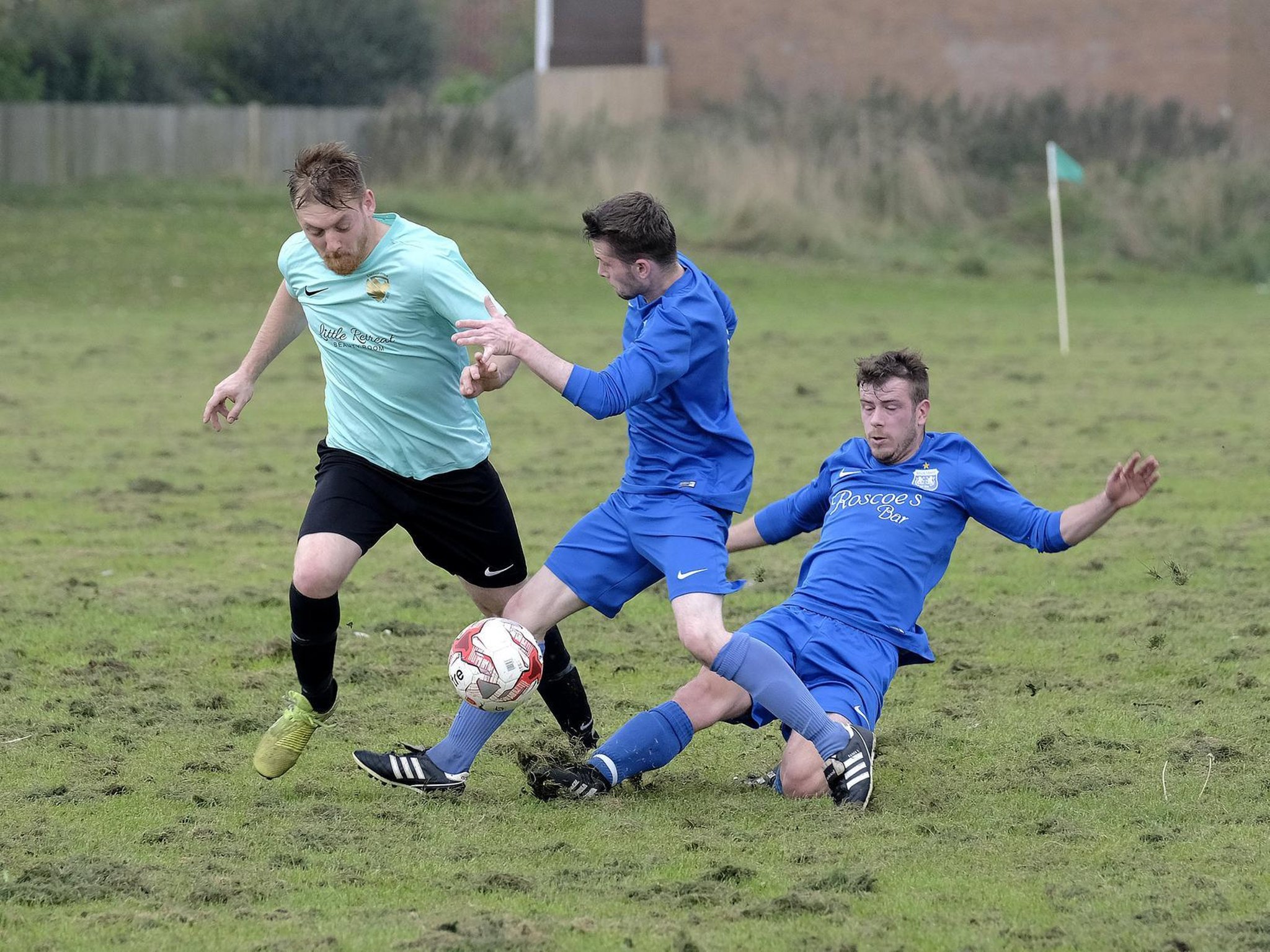 Adam Martin opened the scoring for United after a great job from player-boss Chris Milburn.

This brought Roscoes to life and they roared thanks to goals from John Price and Lee Sutton.

Tommy Day equalized for Eastfield with a superb solo effort that saw him bypass the Roscoes goalie and come home.

Sutton then missed the penalty spot and that mistake was punished as United took the win thanks to Luke Kirby from a corner kick in the last action of the game.

Milburn said: “Our man of the match was Kaylum Stingemore in goal with a great performance and a nice late-saved penalty.”

Roscoes Bar boss Tom Allen said: “Our man of the match was Liam Rowley, who didn’t stop the entire game.”

Roscoes are at home against the Filey Flyers in the league this Sunday, while Eastfield United will play the North Riding FA Sunday Challenge Cup at Three Fiddlers FC.

Trafalgar clinched a 12-3 victory over The Valley at Flamingo Land Stadium, with Billy Logan a hot shot, crushing six goals for the visitors.

Liam Love also helped himself to a hat-trick and Sam Pickard a pair of goals, with Tom Greenwood also on the scoresheet.

Sam Westmorland, Harry Ward and an own goal were the home scorers.

Trafalgar boss Jamie Patterson said: “It was a great all-round team performance so everyone should share the Man of the Match.

Valley manager Ben Kristensen added: “The man of the match award goes to the team because we only had 11 players and I thought the guys had grafted well.

“We led 1-0 and played well, but our heads went and Traf showed his quality.”

Trafalgar is on the road again at Normanby Hall during the NRCFA Sunday Challenge Cup on Sunday morning.