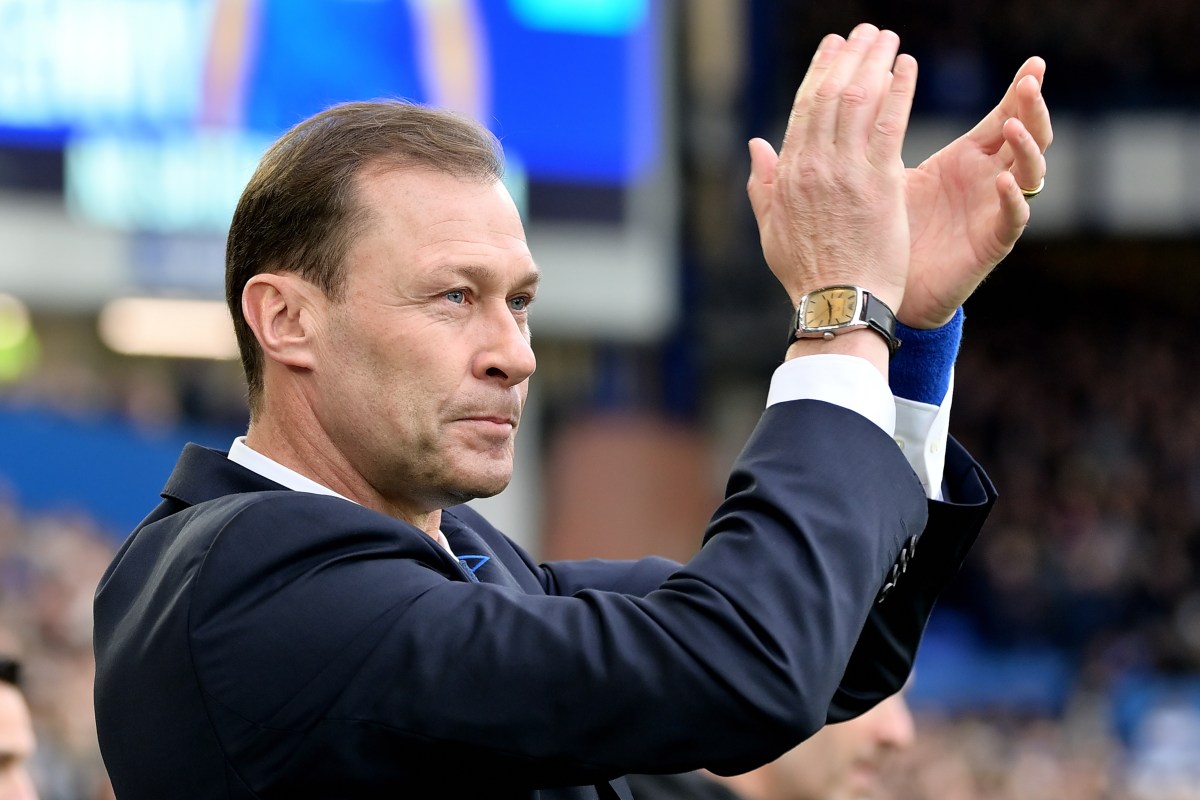 DUNCAN FERGUSON has reportedly offered Everton supporters a free pint ahead of his second stint as caretaker boss.

The legendary former Toffees striker, 50, has temporarily taken charge of his beloved club and takes on Aston Villa this lunchtime.

And he would have gotten the fans’ turn ahead of the clash after stepping up and replacing the sacked Rafa Benitez in the dugout with the Blues currently 16th in the Premier League.

Big Dunc etched his name further into Everton folklore by putting money behind the bar at several pubs around Goodison Park and telling staff to inform fans heading for a pint of pre- match that their first was on him.

BT Sports claimed Ferguson called the pubs ahead of the game and a number who took advantage of the kind gesture in both The Brick and The Winslow Hotel took to social media to confirm it.

The Winslow Hotel even tweeted: “MASSIVE BIG Thanks to the legend that is Duncan Ferguson #BigDunc #everton for buying all our guests their first drink this morning. Incredible generous gesture, it is a measure of man.

Ferguson’s previous caretaking spell began with a thrilling victory over Chelsea in December 2019.

And he called on his Everton players to show that fight again when they face Liverpool legend Steven Gerrard’s Villa.

He said beforehand: “They [Everton players] must give everything. They should throw themselves into the ground.

“They should roll up their sleeves and fight for the club every game.

“Imagine if you asked a fan to put on a jersey and step onto the pitch, what would they do? Well, they have to.

“I have faith in the players and the team and I think they can win every game and it won’t be different on Saturday.

“We have a lot of great players in there and they will step up, I’m sure.”