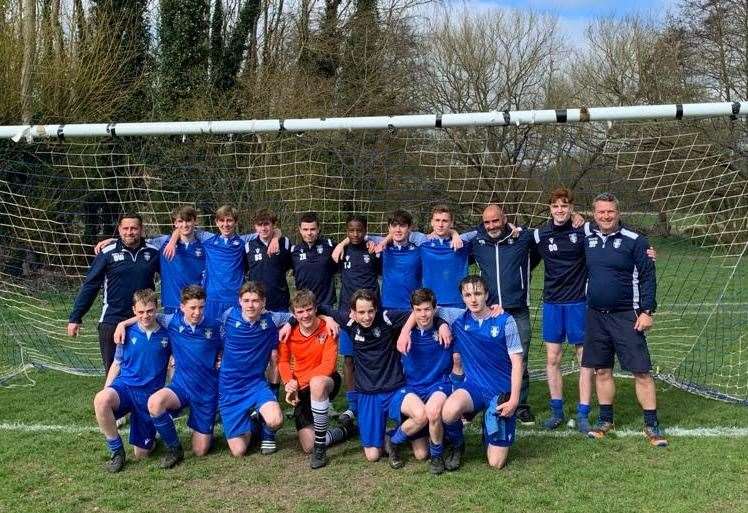 Harrison Walker nearly put the Saints ahead after just 20 seconds after being released by Zen Rapley, but the goalkeeper bravely stifled his one-on-one shot.

The stopper and woodwork continued to thwart the tabletops for a while, but the pressure was finally revealed when Rapley found space inside the box to score.

Alfie Smith joined the attack from the bench and quickly won a penalty which was converted by Sid Clark, before Tommy Glover added a third goal before half-time.

Saints continued to dominate after the break as Smith, Clark and man of the match Rapley all finished with braces, with Ollie Green and Freddie Sperrin securing the other goals.

The team, which had already qualified for the Divisional Cup final, knocked out the team two divisions above and can now also look forward to the Mid-Rural Minors League Cup final. Herts.

Rovers fell behind after 10 minutes but came back into the game and equalized midway through the second half when Adam Blair-Park stepped in after a fine play from Bryn Henriques.

Things got even better for the Stortford side when man of the match Will Hall was fouled just yards from Cuffley’s penalty area and Spencer Earthy curled in from the free kick.

But, despite a valiant defence, they conceded a scrambled equalizer in injury time.

However, Rovers were not to be denied and Charlie Fisher and Blair-Park combined to set up Hall for their third goal in the first period of extra time before, after the break, Jack Frings scored with a lob from Hall’s free kick .

Lucas Dordoy scored with his first throw-in as Rangers under 15 triumphed 3-1 at Sandy in the Royston Crow League, Division Two.

He had an instant impact after coming off the bench to open the scoring.

Kade Smith added another soon after to put the visitors in charge at the break before Omar Sain headed home midway through the second period.

Sandy got a consolation goal as they applied some pressure in the final 20 minutes but goalkeeper Charlie Laking made some fantastic saves to ensure the visitors took the points.

the girls under 13 showed character to earn a 1-1 draw at title-chasing Harefield United in their final game of the Hertfordshire Girls Football Partnership League, Division Two season.

Stortford took the lead in an end-to-end first half when Bonnie Kirby beat two players and crossed for Remi Hasty to convert from 10 yards out.

Harefield, who found the Stortford defense difficult to break through, received a soft handball penalty from a corner and missed.

The hosts equalized with 10 minutes remaining but Stortford defended admirably to hold on despite seeing Kiera Hider walk off the pitch following an unpunished challenge.